With the Rotterdam Balloon Company we visit the most beautiful places in Rotterdam and we are happy to share that experience with others. Find out what to see and do at Wereldhavendagen Rotterdam and what our balloons are used for.

With the Rotterdam Balloon Company we visit the most beautiful places in Rotterdam and we are happy to share that experience with others. Find out what to see and do at Wereldhavendagen Rotterdam and what our balloons are used for.

Wereldhavendagen Rotterdam is a evenement in Rotterdam. Some must-see sights and Hotspots such as Wereldhavendagen, Cinerama, Witte de Withstraat, Schielandshuis, Wijnhaven, are located only 0.3 km away.

Below are some pictures of balloon decorations that the Rotterdam Balloon Company has provided for Wereldhavendagen. Planning an event at Wereldhavendagen and would you like to order a similar balloon decoration? Rotterdam Ballooncompany is your #1 choice. Send us a WhatsApp message to +31 (0)10-3073668. We deliver 24 hours a day, 7 days a week in Rotterdam and are available to our customers via Whatsapp from early morning to evening. 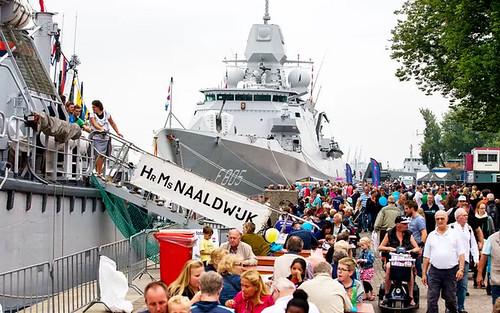 Wereldhavendagen - The Ultimate Guide For Visitors

Rotterdam is one of the most beautiful cities in the Netherlands, and it has become the ultimate place for people who like rivers as this city is loaded with them. In addition, Rotterdam is considered to be the biggest port in Europe, which means it's meant to be seen. Having said that, Wereldhavendagen is the best opportunity to see the ports as you've never seen before. So, if this excites you, we have even more details to share with you!

Wereldhavendagen is basically Dutch for the World Port Days, which is an annual event with days of planned shows. The event is hosted in the port of Rotterdam and happens on the first weekend of September. The primary purpose of this event is to allow the public to come and check out the backstage or behind-the-scenes activities of Rotterdam ports.

For instance, visitors can view the ships and check out the demonstrations about the water. In addition, multiple presentations are curated by the port companies to spark interest. Along with these serious activities, the event also includes a musical show and fireworks - this happens on the Nieuwe Mass River, which is near the Erasmus Bridge (Saturday evening, though).

During this event, the International Shanty Festival is also hosted during which the shanty choirs from different parts of the world perform in the city. The most common locations for these performances include Leuvehaven and Oude Haven. Coming back to the World Port Days, the regular participants include the pilots, tugs, rowers, and water ships - basically the regular port service provider.

Since the event has so many people, The Port Authority, Customs & The Royal Netherlands Navy, and the Maritime Police are always available to sort out the issues. As far as the event scale is concerned, it goes over hundreds and thousands of people, but it's subjected to the weather conditions. For instance, 450,000 people attended the event in 2014, but the number came down to 320,000 in 2015 because of the bad weather.

When it comes down to the event, there is a stand of Wilhelminapier, which is a great way to read about the ports and take part in quizzes to win some amazing prizes. The best thing about this event is the excursion programs, such as FutureLand, with which you can go on a cruise, or you can join a photography workshop to show your creative side in.

How Did It Start?

This event was around before World War II in the form of harbor days because it was important to advertise the ports of the city. Back in the day, these were one-day events and were organized and managed by the Rotterdam department of the Dutch society for trade and industry. The target audience of this event was a combination of foreign as well as domestic business associates rather than the general public.

This event was hosted in 1935 for the first time, which entailed a boat trip on the harbors, lunch at the officer's club, and tea at the Boyman Museum. However, in the 1937's event, around 375 guests were given lunch in the citizen's hall, and the cruise was planned afterward. Once the Second World

War was over, the same pattern was followed until 1978, but the Port Days acquired the event and made it for the general public.

For this reason, the 1978 show became huge as there were 180 ships on the river, including Charlotte Rhodes. In addition, the Royal House made an entry with Queen Juliana, Prince Claus, Prince Bernhard, and Princess Beatrix. In the 1979 event, the general public was allowed to access the private parts of the port, including container terminals and refineries.

Moving forward in 1980, this event was declared an annual event and transformed into a multi-day event, which is now a three-day event that happens on the first weekend of every September.

The bottom line is that Wereldhavendagen is a great event for people who are interested in the port side of the city, be it for personal liking or for business. The event is always open to the public, so you can see how the ports work and what goes into the port companies.

Free Parking is available at P+R Kralingse Zoom (3.50 km.). You must then continue your journey to by public transport using your OV chip card.